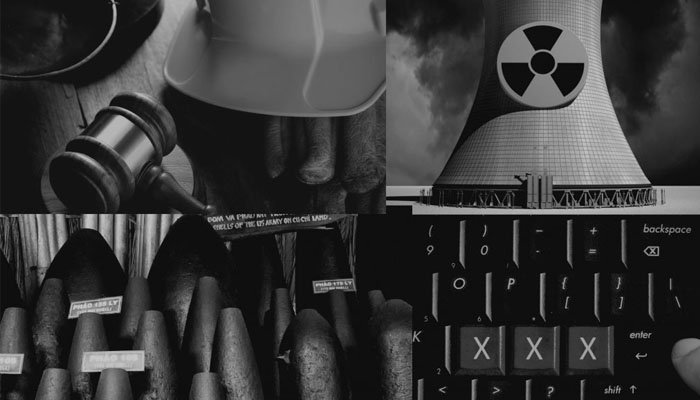 The dirty dozen. Part 3. The harmful industries that sneak into our portfolios.

It can be difficult to find out exactly what we are invested in. Super funds are notoriously closed about their investment holdings, while managed funds can be misleading; just because they have “sustainable” or “ethical” in their name, doesn’t necessarily mean that they are investing in companies that align with your values. Getting to know your investments can take a bit of digging, but your financial adviser can help uncover the underlying holdings and discuss some of the industries that your portfolio might be exposed to.

In the third part of this series on the dirty dozen, we discuss labour rights, pornography, nuclear and armaments. In part 1 we looked at gambling, tobacco, fossil fuels and animal welfare. In part 2 we delved into old growth logging, human rights abuses, alcohol and GMOs.

Speak to your financial adviser if you have concerns about investing in the dirty dozen.

Many companies put profits above human rights and decent work cannot exist where modern slavery and child labour persist. It is alarmingly more widespread than we think. According to the UN Global Compact, an estimated 25 million people are in forced labour and 152 million children are estimated to be victims of child labour, and almost half of these children are doing work that is hazardous in nature.

Many factors drive modern slavery and child labour including poverty, poor governance, lack of transparency, politics, crime, and corruption. Businesses are essential in eradicating human rights violations and lack of decent work in the global supply chain. Labour rights risks arise from supply chains as well as the economic condition of a country.

Australia’s Modern Slavery Act came into effect on 1 January 2019, but what does this mean? The term “modern slavery” refers to the worst forms of exploitation, but not to other serious breaches of labour rights such as the denial of freedom of association or employee safety. Australian organisations above A$100 million of revenue are now required to report annually on the risks of modern slavery in their operations and supply chains, the actions they have taken to assess and address those risks, and the effectiveness of their response.

Labour rights is a big issue. Hopefully calling out companies to assess and report on their supply chains will help us uncover which companies should be in our portfolios.

The idea of pornography being a social issue is a heated topic, but because it is widespread and has an impact on our culture, pornography and sexualised media affect everyone in society. It can change the way people think about others, how they relate to others, and how they act toward those around them. While some believe it is ok to produce or watch pornography as part of a healthy adult life, there is another side to the story. The pornography industry is linked to sex trafficking, prostitution, exploitation and abuse of human dignity and rights.

With changes in technology, the chance of exposure to sexually explicit material has increased and this includes the availability to children. In Australia, just under half (44%) of children aged 9–16 have encountered sexual images over a one month period. For children, pornography can have an influence on knowledge, awareness and education about sexual practices, health and behaviours, and sometimes can be the main source of sex education. It can also affect attitudes, beliefs and expectations around sex and gender, including the strengthening of attitudes that support sexual violence and violence against women. Pornography can also be related to mental health and wellbeing, affecting self-objectification, body image, compulsive consumption, and addiction.

Exposure in our portfolios may come from direct suppliers of sexually explicit content such as Playboy Enterprises or VCG Holding Corp that runs night clubs with adult entertainment. But other companies of concern may include hotel chains that provide pay-per-view X-rated movies, cable and satellite TV suppliers or internet companies that make money from selling ads and links to pornography.

The nuclear debate can involve nuclear for energy, weapons, or medicine. Reasons not to invest in nuclear energy include harmful radiation during mining, transport and storage, plus the long-term risks associated with nuclear waste and disastrous results of power station failure. Not to mention the water use. Nuclear weapons pose obvious dangers, with increased risk when rogue groups or States are involved. While some people are opposed to all nuclear investments, others are ok with nuclear medicine for diagnosis and therapy in healthcare.

Nuclear energy seems the most divisive, with supporters praising it as a climate solution because it produces large-scale energy with less greenhouse gas emissions than coal-fired plants. On one hand, nuclear produces similar emissions to wind but less than solar and has the advantage that its capacity is 95% independent of the weather. But there are increased and catastrophic risks with nuclear energy. Renewables technology is improving rapidly and there are many published studies showing that 100% renewable systems are technically achievable, cost-effective and reliable, without having to resort to nuclear power. In fact, wind and solar now have lower operating costs than nuclear (and coal) energy.

As a contribution to the International Campaign to Abolish Nuclear weapons (ICAN), PAX has published reports through its Don’t Bank on the Bomb project. In 2019, 325 financial institutions were investing over US$748 billion in the top companies of the nuclear weapons industry. In Australia, this includes Macquarie, Commonwealth Bank, ANZ and Westpac. Are you ok with these in your portfolio? Perhaps your super or managed funds are investing directly in the companies themselves, such as BAE Systems, Boeing or BWX Technologies. Your financial adviser can help you understand your exposure.

There may be authentic reasons to produce armaments and weapons such as national security, but manufacturers can lobby governments to encourage increased engagement in conflicts which puts weapons at the heart of ethical debate and human rights abuse. Weapons producers also profit from countries with lax gun laws or those that allow individuals to hold firearms.

Cluster munitions stand out as being unethical due to the dangers posed to civilians. Cluster bombs release a load of submunitions or bomblets, but not all explode on impact. Those that do not detonate can end up hurting and killing civilians for many years, even decades after the conflict has ended. A Convention on Cluster Munitions was established in 2008 and came into force in 2010, with more than 120 States now signatories to a legally binding international treaty that prohibits the use, production, stockpiling, and transfer of cluster munitions.

The reality is that through our super, most Australians are investing in the global weapons industry. Holdings may include companies such as Thales Australia that have exported guns to the US, and Electro Optic Systems, a Canberra based organisation that has been involved in arms deals with Saudi Arabia. Investing in similar companies not only supports the manufacture and distribution of weapons but helps fund government lobbying activities.

There are numerous super and managed funds that avoid investing in armaments and choose not to support regressive regimes. For example, Verve Super takes a strong view against weapons and Australian Ethical also considers a country’s military influence when investing in government bonds. In 2018, there were still seven companies producing cluster munitions globally. Are they in your portfolio?

The good news is, there are many super and investment funds that are standing strong against the dirty dozen. These funds are divesting from harmful industries and engaging with companies to help them do better. If we care where our money is going, and take action, we can create a better world.