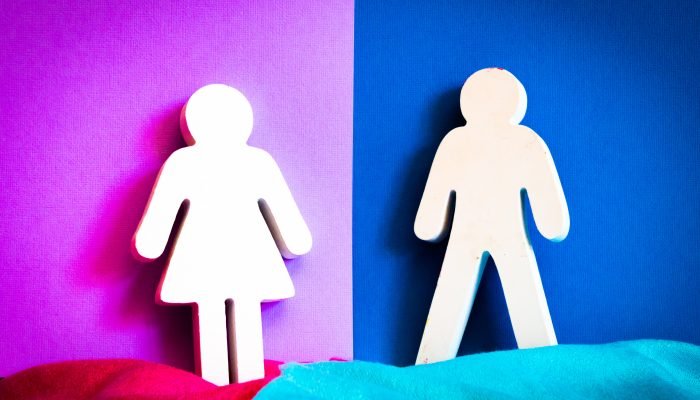 Gender: does it impact your investments?

By Paul Garner - "Everyone deserves their ideal retirement and a future to invest in"February 7, 2020September 1st, 2021No Comments

Gender diversity is becoming increasingly important, as investors realise that it makes good business sense to incorporate the viewpoints of half the world’s population.

Gender diversity and equality has moved into the investing world. Just having female board members is no longer enough and investors are seeking stronger commitments from companies in a move to advance gender balance.

With increased gender screens in managed funds and a new cohort of gender lens investments, referred to as GLIs, you know it’s hit mainstream when there’s a new acronym.

Investors understand that it makes good business sense to incorporate the viewpoints of half the world’s population. Having women on boards and in leadership positions provides a more realistic reflection of consumers and other stakeholders. The drive is coming from investors who are seeing the value at risk, for asset managers and organisations that are not acting to close the gender gap.

The business case for more women

The World Bank Group published a report in 2018, exploring current research that links company performance with the proportion of women in leadership positions.

Food for thought: Is there a social justice case for gender equality in business leadership?

Responsible asset managers are recognising the importance of gender diversity by using gender screens on investments.

Betashares ETF (FAIR) screens out Australian companies that do not have at least one female member on the board and vote in favour of resolutions that seek reporting on gender-related pay statistics.

Fund manager Australian Ethical also use voting, to fight against the re-appointment of company directors on boards without women.

It’s not just the board of directors being targeted though, we’re seeing a growth in gender lens investments (GLIs); those with a specific gender focus.

Capitalising on the mounting evidence that companies perform better with more gender diverse teams, Nordic asset manager Nordea Markets launched the Global Gender Diversity Fund earlier this year. The fund specifically invests in companies that are at the forefront of gender diversity. Companies need females in at least one-third of senior management positions, effectively casting a wider net in their hunt for top talent. Nordea believes this expands the scope for finding the best employees possible, hence optimising results.

What about gender diversity and super?

GLIs have made their way into superannuation, where a group of women have launched a new super fund in Australia. Verve Super says that it is by women for women and will screen investments through a gender lens, so companies with no women on the board are excluded. Verve Super takes a slightly different approach to responsible investing. While incorporating traditional negative screens including gambling, tobacco and fossil fuels and including investments in sustainable industries such as renewables, Verve also avoids companies that abuse women’s rights or do not support gender equality.

Gender balance has become a global sustainability theme, with the aim of the fifth United Nations (UN) SDG to ‘achieve gender equality and empower all women and girls’.

To transform the world by the year 2030, the UN created 17 SDGs. They have been in effect since 1 January 2016 and the finance industry has seen widespread adoption of the goals in both mapping and measuring the impact of investments.

In Australia, it is possible to invest with asset managers who benchmark their portfolio to the SDGs.

8 Investment Partners (8IP) Australian Equity Impact Fund focuses on 10 of the 17 SDGs. These include: clean water and sanitation; gender equality; affordable and clean energy; and responsible consumption and production.

Affirmative Global Bond Fund allocates capital to bonds which relate to all 17 of the SDGs. Their biggest allocations are to climate action, sustainable cities and communities, industry innovation and infrastructure and affordable and clean energy.

How are we doing in Australia?

The Australian Institute of Company Directors has been campaigning for gender diversity on Australian boards, almost reaching their target of 30% female representation on ASX200 boards by the end of 2018. The report says there are currently four companies in the ASX200 without any female directors. Results from May 2015 to December 2018 indicate that gender diversity on ASX200 boards has hit an all-time high.

Gender diversity is just one of the many criteria that can be incorporated into a diversified investment portfolio. You can discuss your ethical concerns with a certified responsible investment financial adviser and they can match your portfolio to your values. The universe of responsible investments is growing, driven by the issues that matter most to you.

IMPORANT; This information is general in nature only it does not take into account your individual circumstances. We recommend that you seek professional advice before making any investment decision.